Most Manchester United supporters would have paid good money to have a seat on flight AF1068 on 18 February 2015.

Roy Keane and Sir Alex Ferguson inadvertently bumped into each other on the same flight after the Manchester United legends watched Chelsea draw 1-1 with Paris Saint-Germain in the French capital the previous night.

The former Republic of Ireland international had been working with his old team-mate Paul Scholes for ITV Sport, while retired United manager Ferguson was in attendance as part of his work with Uefa.

The Red Devils icons failed to acknowledge each other during the hour-long flight, although according to reports, Ferguson’s wife had given him a nudge when his former captain walked past.

Speaking at a Guide Dogs for the Blind event on Thursday, Keane spoke about the chance meeting with Ferguson, and he put his own unique twist on the situation as you would expect.

Keane said: “I spotted him. He was with his wife and I thought, ‘Ah, I’ll leave him to it.

“It is a small world. You’re going to bump into people that you’ve had disagreements with.” 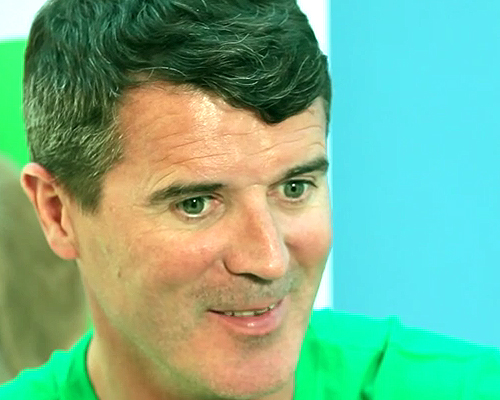 Asked what was his gut reaction when he saw Ferguson, Keane added: “Are there any kids here? Ah, I better not say what crossed my mind.”

The pair have been feuding since Keane left the 20-time English champions in 2005, and the bitterness was fuelled by the release of their respective autobiographies over the past two years.

Keane continued: “I fell out with Ferguson at the end but I had 12-and-a-half greats years with him and I wouldn’t swap it for anything.”