Paul Merson has questioned whether Southampton midfielder Morgan Schneiderlin can make the step up to Arsenal.

The France international is facing a summer of uncertainty after the Southampton man stated his desire to play in the Champions League next season.

The 25-year-old holding midfielder has been regularly linked with a move to north London over the past 12 months amid interest from Arsenal and Tottenham Hotspur.

But Merson is not sure whether Schneiderlin could struggle at the Gunners after his former Southampton team-mates Adam Lallana and Dejan Lovren endured mixed first seasons at Liverpool.

“They need a holding midfielder. Do you go and get Schneiderlin?” Play With A Legend ambassador Merson told The Sport Review.

“We saw what happened with Liverpool. They bought three Southampton players and nothing happened. It is a lot different playing for Southampton than it is for Arsenal – that’s the problem. Schneiderlin is a decent player [though].”

On speculation linking the Gunners with a swoop for Monaco midfielder Geoffrey Kondogbia, Merson added: “People tell me about the lad at Monaco, but I can’t pronounce his name!”

Schneiderlin dropped a hint that he was weighing up his Southampton future last month after he uploaded the below post to his Instagram page.

He wrote: “Thinking about what the future holds…” 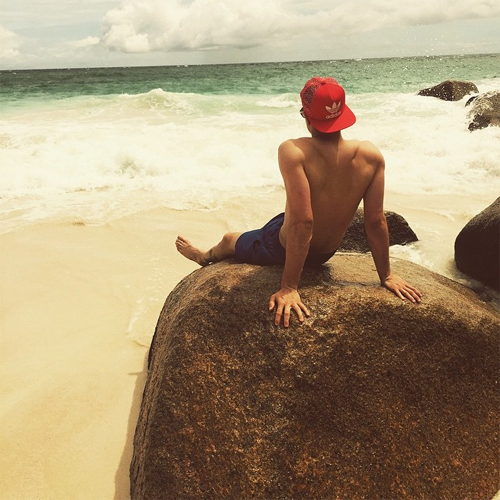 Schneiderlin has scored four goals and has made one assist in 26 Premier League appearances last season.

The Southampton star has scored 15 goals in 260 games in all competitions for the south-coast club over the past seven seasons.