How Carling will help Liverpool fans get over Raheem Sterling exit 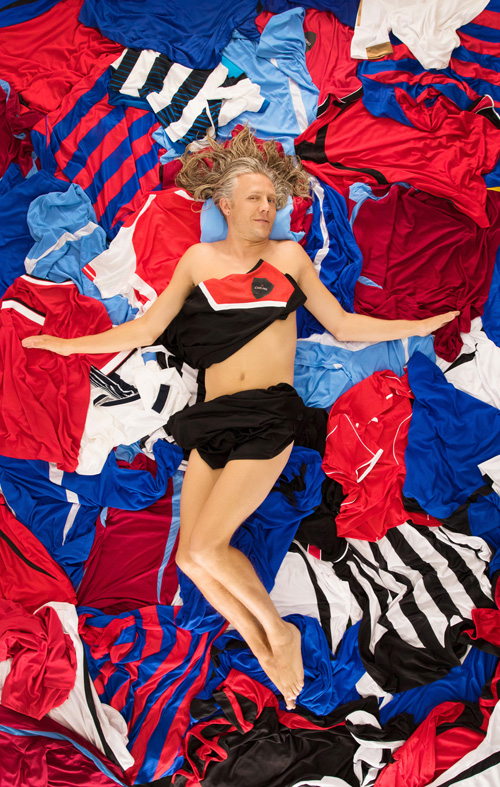 To support football fans across the summer transfer window, Carling has launched a nationwide Shirt Amnesty.

Football supporters throughout the UK are being given the opportunity to swap their shirt with the name of a recently sold player on the back for a new one.

Carling will be reacting to the nation’s biggest transfers when its Shirt Amnesty van hits the road from 1 July. When the van lands in a city, fans can turn up and swap their shirt for free – literally from the back of a van.

To celebrate the launch, Carling has teamed up with former Premier League and England football star, Jimmy Bullard, and has recreated an iconic image from American Beauty, which sees the star of I’m A Celebrity laying on a bed of hundreds of football shirts, with his famous locks flowing.

In what promises to be a summer transfer window full of activity, Carling will be doing its bit to get fans ready for the season ahead, as excitement and anticipation builds.

Shirt Amnesty is part of a range of Carling pre-season activity taking place in the run up to the new campaign, and fans across the country can get involved simply by following @Carling on Twitter to find out when the van will be heading to a city near them.

Whether Raheem Sterling decides to make a big money move away from Liverpool, Christian Benteke finds the Aston Villa exit door, or Tottenham and Roberto Soldado part ways, Carling will be on hand to dish out new shirts for fans, giving thousands away across the transfer window.

Bullard said: “Get on this people! Carling’s Shirt Amnesty is the chance for fans to swap a shirt of a player who has now left your club for one of the new heroes your club has hopefully replaced him with.

“I was in the game long enough to know what it’s like for fans to have players jog on unexpectedly so anything that gives back to those fans is a winner in my eyes.”

To find out where the Carling Shirt Amnesty van will be heading next, follow the action @Carling on Twitter