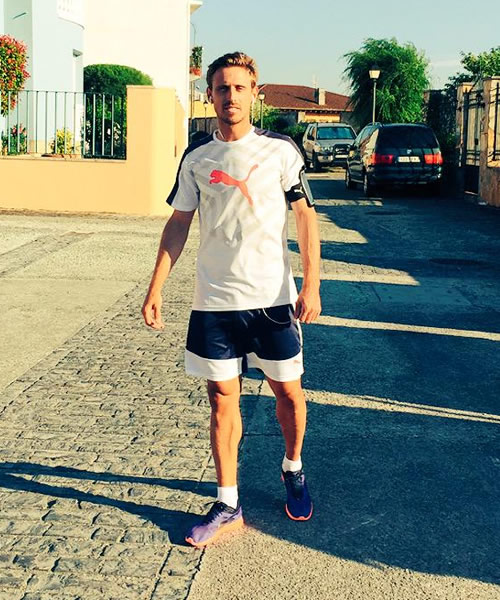 Nacho Monreal has been taking his pre-season preparations into his own hands as the Arsenal defender gears up for the new Premier League campaign.

The Spanish full-back is currently on holiday in warmer climes as he recharges his batteries ahead of the new season.

However, the defender is clearly determined to stay in top shape over the summer as he bids to hold down a regular starting spot in Arsene Wenger’s first-team.

Monreal shared the picture above of himself in running gear on his Twitter account and wrote: “Keeping the shape that soon we begin again.”

Monreal’s future at Emirates Stadium has been a source of speculation in recent weeks, with Atletico Madrid reported to be weighing up a £5.6m bid for the defender.

The defender was a regular fixture in Wenger’s first-team last season, scoring one goal and making one assist in 32 appearances for the Gunners in all competitions as they won the FA Cup and finish third in the Premier League.