Damian Martinez is already looking forward to next season at Arsenal... 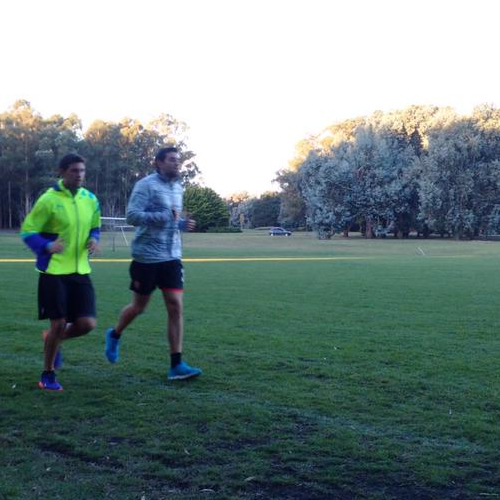 Damian Martinez is already looking forward to next season at Arsenal as he bids to fight for a first-team place at Emirates Stadium.

The 22-year-old Argentine goalkeeper made four Premier League appearances for the Gunners last season before being sent on an emergency loan deal to Championship club Rotherham United in March, where he featured eight times.

Now, the shot-stopper is gearing up for the next campaign and took to his Twitter account to post a picture of himself training ahead of the 2015-16 campaign.

Martinez posted the photo above on the social network and wrote: “Training with my brother and preparing for the new pre-season #MarDelPlata #NeverStop #WorkingHard #afc”

The Gunners, who kick off their league campaign at home to West Ham in August, have been linked with a number of players during the summer transfer window in recent days but are yet to confirm any arrivals at Emirates Stadium.