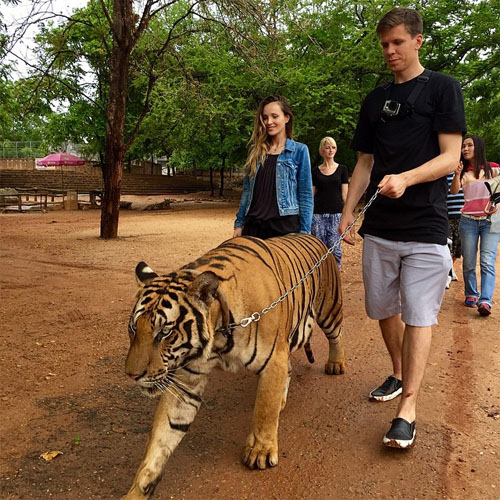 Petr Cech better be careful if the prospective Arsenal signing takes a trip to Wojciech Szczesny’s house after the Gunners goalkeeper took his “new baby” for a walk.

The Poland international looks set to be demoted to second-choice goalkeeper at the north London side ahead of the widely tipped £11m arrival of Chelsea legend Cech.

Szczesny spent most of the second half of the 2014/15 Premier League campaign playing second fiddle to David Ospina, although he started in goal throughout the club’s FA Cup run.

Szczesny posted: “Took my new baby for a walk”

The Pole has made 187 appearances for the north London side in all competitions following his debut in September 2009.