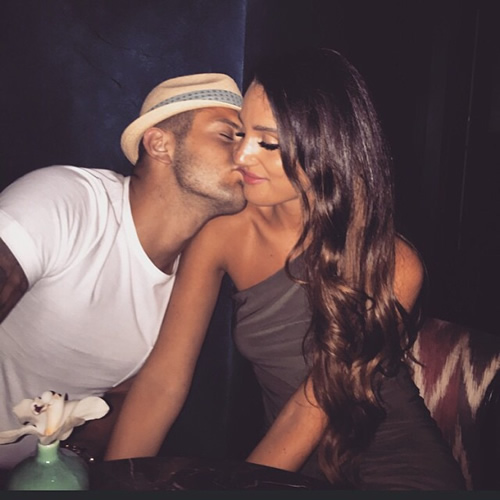 Jack Wilshere appears to be enjoying himself on holiday as he made the most of some downtime with his new girlfriend Andriani Michael.

The Arsenal midfielder, who has been heavily linked with a potential transfer to Manchester City in recent weeks, posted the picture above of himself with his new partner on his Instagram account on Friday night.

Wilshere, who is thought to have recently started dating the 24-year-old, shared the picture of the couple and wrote: “Summer time with this one ❤️”

The 23-year-old was limited to just nine Premier League starts for Arsene Wenger’s men last season after suffering a serious ankle injury back in November and requiring surgery.

He scored two goals and made one assist in 14 Premier League games for the Gunners this season.

Wilshere is thought to be a summer transfer target for Manchester City, however Arsenal are reported to be ready to offer the midfielder a new contract to keep him at Emirates Stadium.

Photo: Arsenal star relaxes on holiday with his girlfriend