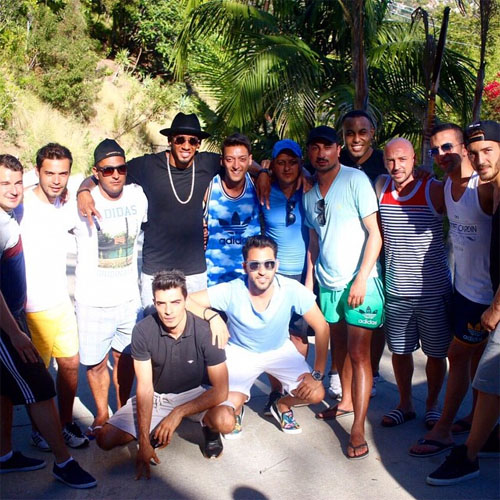 Mesut Ozil posed for a snap with his Bayern Munich defender Jerome Boateng and some friend as the Germany stars enjoy their holiday in LA.

The Arsenal playmaker joined Boateng in Germany’s starting line-up on Saturday evening as the World Cup champions eased to a 7-0 victory over Gibraltar in their Euro 2016 qualifying match.

Ozil wasted no time in jetting off to the United States on holiday after a demanding season, and the 26-year-old has been keeping his Instagram followers updated with a steady stream of photos.

And Bayern defender Boateng uploaded a snap with Ozil and their large group of friends on his Instagram page on Friday morning.