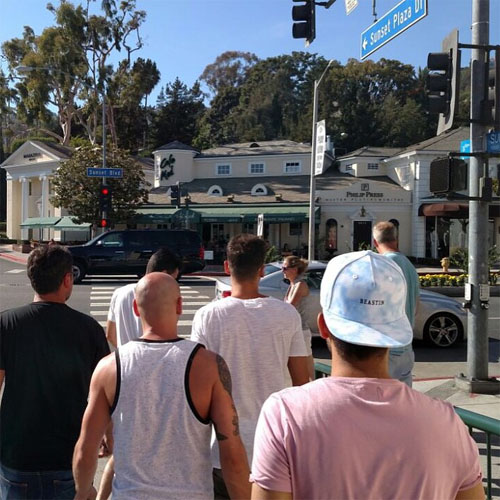 While Kieran Gibbs and Alex Oxlade-Chamberlain have adopted the party approach to their holiday stateside, their Arsenal team-mate Mesut Ozil was soaking up some culture on Saturday afternoon.

The Germany international is currently holidaying in USA with a large group of friends, including former Manchester City and Bayern Munich centre-half Jerome Boateng.

And Ozil, who moved to Arsenal in a club-record £42.5m deal from Real Madrid in 2013, decided to check out one of Los Angeles’s most famous streets, Sunset Boulevard.

Ozil posted the above snap on Instagram and wrote: “#LA #LaFamilia”

The Arsenal playmaker scored four goals and made five assists in 21 Premier League games in an injury-hit campaign last season.

More: Boateng and Ozil hang out in Los Angeles

The World Cup winner has lifted the FA Cup twice since he made his big-money move to the north London club from the Spanish capital almost two years ago.