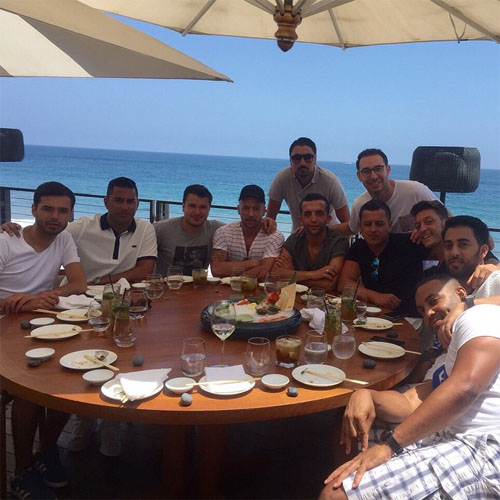 Mesut Ozil is maintaining a healthy diet despite the Arsenal star being on a summer break in California.

The Gunners midfielder is currently travelling around the Orange County with a group of friends after his season came to an end following Germany’s 7-0 victory over Gibraltar earlier this month.

And next on the itinerary for the Arsenal playmaker was a trying some of California’s famous sushi, while taking in Nobu restaurant’s impressive view.

Ozil posted the above snap and wrote: “With my #LaFamilia”

The Arsenal playmaker scored four goals and made five assists in 21 Premier League games in an injury-hit campaign last season.

More: Boateng and Ozil hang out in Los Angeles

The World Cup winner has lifted the FA Cup twice since he made his big-money move to the north London club from the Spanish capital almost two years ago.