Photo: Arsenal star relaxes on holiday with his girlfriend 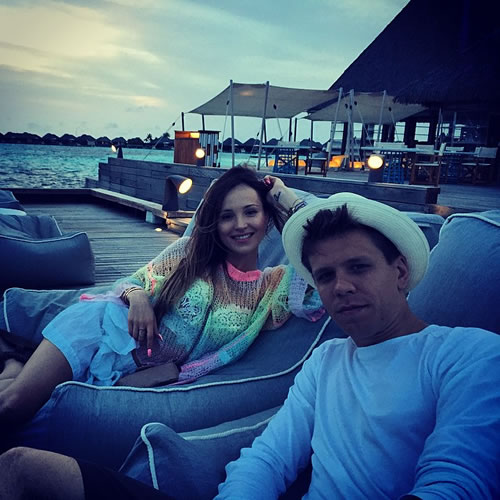 Wojciech Szczesny doesn’t look to be letting the speculation linking Petr Cech with a summer transfer to Arsenal distract him as he enjoys some downtime on his summer holidays.

Szczesny was pictured relaxing by the seaside with his partner as the shot-stopper continued to unwind after helping the north London side retain their FA Cup title last month.

The goalkeeper uploaded the photo above of himself chilling out with girlfriend Marina Luczenko onto his Instagram account and wrote: “❤️”

The Arsenal goalkeeper’s future at the north London club has become a subject of speculation in recent months following his fall down the pecking order last season.

David Ospina was installed as Arsenal’s first-choice goalkeeper in the second half of the season as Arsene Wenger opted to drop the Poland international.

Now, it appears the Gunners are on the verge of signing Petr Cech from Chelsea as Wenger looks to add more experience to the north London side’s rearguard.