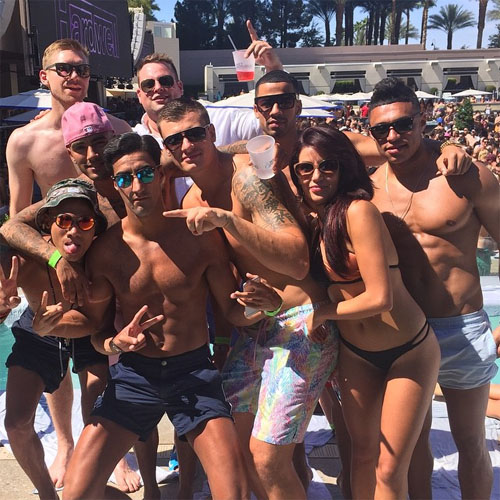 Danny Simpson is loving the company of Arsenal star Kieran Gibbs and Alex Oxlade-Chamberlain after the Leicester defender snapped a photo in Las Vegas.

The Gunners stars jetted off to the USA earlier this week after Gibbs helped England seal a 3-2 victory over Slovenia in their latest Euro 2016 qualifier.

The Arsenal duo were taking a more relaxed approach to their summer holiday earlier in the week as they posed in an impressive infinity pool.

But Gibbs and Oxlade-Chamberlain looked to have turned up their break a notch as Simpson snapped a photo with the Arsenal pair and what appeared to be a Per Mertesacker look-a-like.

Simpson wrote on his Instagram page: “Love these boys”

Gibbs made three assists in 22 Premier League appearances for the north London side as he competed with Nacho Monreal for a starting spot.