Alexis Sanchez is never too far away from his two dogs... 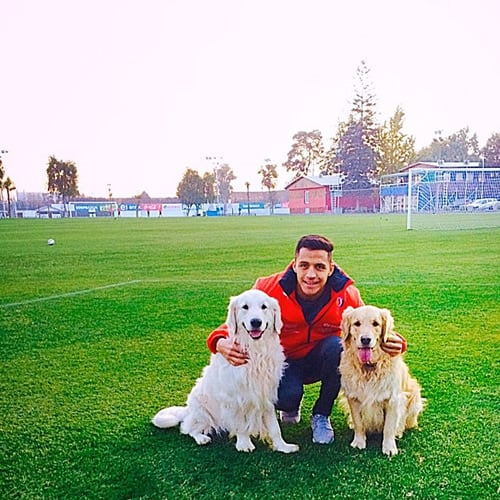 Alexis Sanchez was all smiles as the Arsenal forward was joined by his two dogs as Chile gear up for their next Copa America clash.

The 26-year-old is currently on international duty in his native homeland, with the hosts set to take on Bolivia early on Saturday morning.

Sanchez’s followers on social media will already know that the Arsenal star is very close to his two dogs Atom and Humber.

And the Chilean was delighted to be joined by his two pets on the training ground on Thursday.

Sanchez was one of the Premier League’s standout performers following his £35m transfer to the north London club from Barcelona last summer.

He scored 16 goals and providing eight assists for his team-mates in 35 appearances.

Sanchez helped Arsenal finish in third place in the Premier League to ensure Arsene Wenger’s side qualified directly for the Champions League group stage next season.