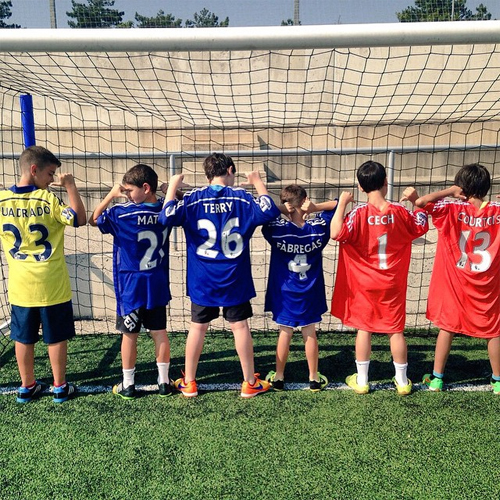 Cesar Azpilicueta was joined by his “Chelsea team-mates” at his third football camp in Spain on Tuesday.

The Spain international appeared to have procured a number of Chelsea shirts for his pupils to wear during their training session at his camp.

And the Chelsea defender, who helped Chelsea win the Premier League this season, uploaded a snap of the youngsters proudly sporting their shirts.

Azpilicueta wrote on his Instagram page: “My @chelseafcteam mates are here at my third football camp #sorteo #raffle”

Azpilicueta moved to Chelsea in a reported £7m deal from Marseille under the management of Rafael Benitez in 2013.

The 25-year-old won the Europa League in his first six months at Stamford Bridge before he added the Premier League and League Cup last term.

The Chelsea defender has scored one goal in 132 appearances in all competitions for the west London outfit.