Cesc Fabregas appears to be enjoying his summer holiday... 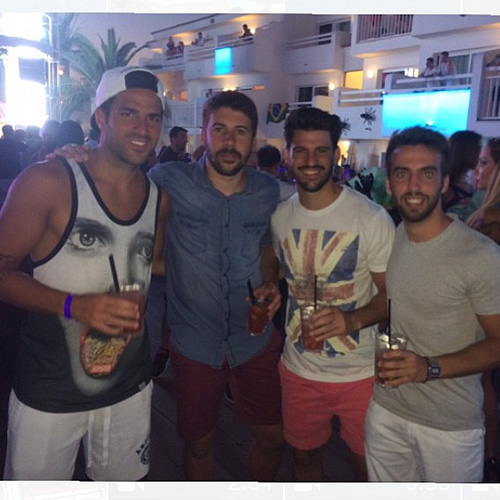 Cesc Fabregas was all smiles as he posed for a picture with some of his friends as the Chelsea midfielder enjoys his summer holidays.

The Spain international has been making the most of his downtime after helping the Blues win the Premier League title in his first season at Stamford Bridge.

The 28-year-old former Arsenal captain posted the picture above on his Instagram account and wrote: “Oh yeah 💪”

Fabregas played an important role in helping Chelsea win their fourth top-flight crown, with the midfielder scoring three goals and making 18 assists in the league for Jose Mourinho’s men following his summer transfer from Barcelona. He also helped them win the League Cup.

He has been enjoying some relaxation away from the game this week with his partner Daniella Semaan, who is pregnant with the couple’s second child.