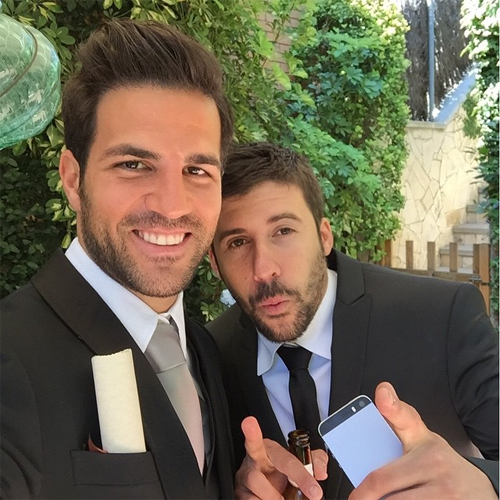 Cesc Fabregas isn’t a man who shirks responsibility on the pitch and it appears the Chelsea midfielder employs the same philosophy off it, too.

The 28-year-old Blues midfielder is soon to become a father for the second time with his partner Danielle Seaman heavily pregnant.

The Spain international has presumably learnt a few things about being a parent since the birth of his daughter Lia in April 2013.

And Fabregas revealed that he is set to add godfather to his list of occupations as the Chelsea man posted a snap with the other godfather ahead of baptism on Saturday afternoon.

Fabregas, doing his post Marlon Brando pose, uploaded the above snap on Instagram and wrote the following caption: “The Godfathers are ready.”

The Blues midfielder helped fire Chelsea to the Premier League title and the League Cup in his first season since returning to the English top-flight.

Photo: Man United man enjoys the Seychelles with his girlfriend