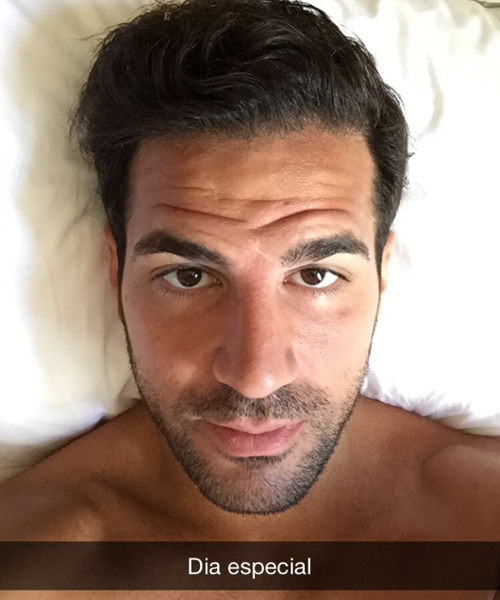 Cesc Fabregas is leading the way for Premier League footballers to expand their social media presence to Snapchat.

The Chelsea midfielder joined the photo-sharing app earlier this year, and the 28-year-old has treated his followers to some interesting posts in the last couple of months.

But the Spain international was clearly lacking creativity after a night out with some friends on Friday after the midfielder posted a sleep snapchat from his bed.

Judging by the Chelsea star’s Instagram feed, Fabregas was in attendance at a baptism as the Premier League winner become a godfather.

The former Arsenal captain is currently enjoying a summer break after a demanding season with the west London side.

Fabregas won the Premier League and League Cup in his first season back in the English top-flight and he made a staggering 18 assists for his team-mates over the course of the campaign.

He completed a £27m move to Chelsea from Barcelona last July.

Tottenham star: Downing Arsenal was my highlight of season