Cesc Fabregas swapped his football boots for a tennis racket on Tuesday... 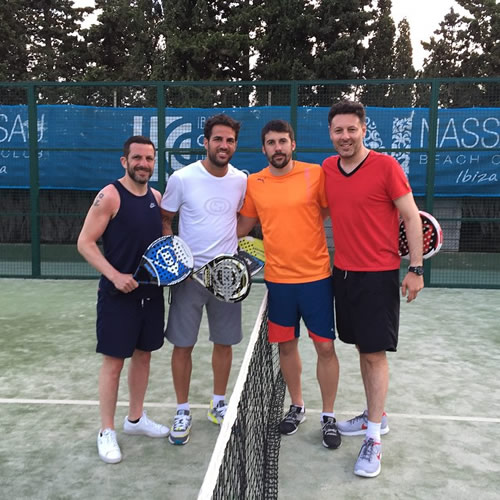 Cesc Fabregas swapped his football boots for a paddle tennis racket on Tuesday as the Chelsea midfielder enjoyed some downtime while on holiday.

The Spaniard is winding down after helping Jose Mourinho’s side win the Premier League title in his first campaign at Stamford Bridge.

Fabregas was a key part of the Chelsea side as he scored three goals and made 18 assists to help the west London club win their fourth top-flight title.

And the 28-year-old midfielder enjoyed a game of paddle tennis with his friends this week as he continued his holidays.

Fabregas went on to establish himself as an integral part of Mourinho’s first-team at Stamford Bridge, with his impressive form helping the Blues to win a League Cup and Premier League double in his first campaign at the club.