Photo: Chelsea star posts seflie with his wife ahead of holiday 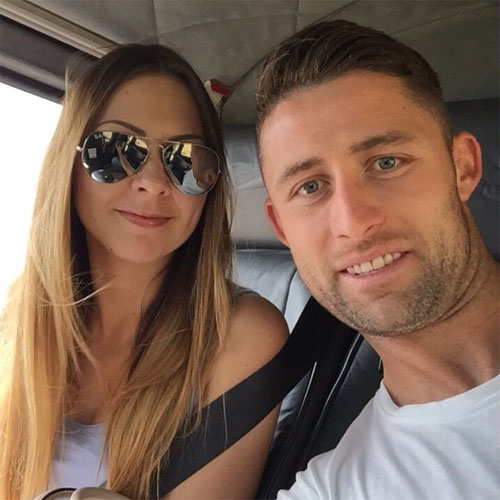 Gary Cahill is a little late to the Instagram party after the Chelsea defender uploaded a selfie with his wife ahead of their holiday.

The photo-sharing app has been awash with snaps from some of the Premier League’s biggest names on their summer holidays in recent weeks, including Alex Oxlade-Chamberlain and Mesut Ozil.

Cahill did enjoy a break with his family before the end of the season after Jose Mourinho afforded some members of his squad a break following their title success.

But the England international looked delighted to be jetting off on a break with his wife after he posted a selfie of the pair on his Instagram.

Cahill was a key part of the Chelsea defence that conceded just 32 goals in 38 games in the Premier League last season.

The former Bolton Wanderers defender has won the Premier League, the Champions League, the Europa League, the FA Cup and the League Cup since his move to Chelsea in 2011.