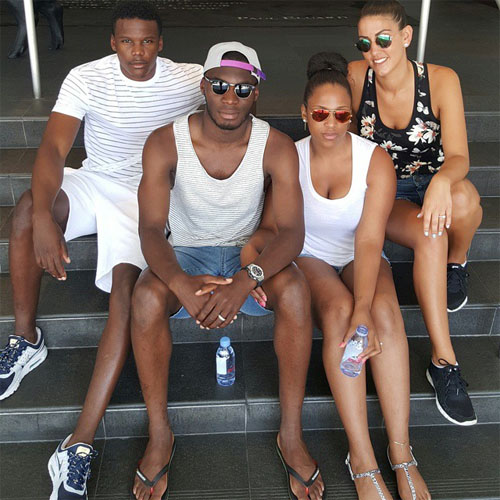 Christian Benteke is looking forward to a couple weeks of rest ahead of the new season.

The Aston Villa striker is currently being linked with a summer move away from Birmingham amid reported interest from Arsenal, Liverpool, Manchester United and Tottenham Hotspur.

The 24-year-old striker scored 13 goals and made two assists in 29 Premier League games this season to help Tim Sherwood’s men beat the drop.

And Benteke is already thinking ahead to the new Premier League season after he posted a snap with his family on his Instagram page on Friday evening.

Benteke posted the above snap and wrote: “Rest with the fam before the new season begins”

Liverpool are thought to be keen on luring the forward to Anfield as Brendan Rodgers bids to bolster his strike-force ahead of next season.

However, the Reds could face competition from their bitter rivals United for the striker’s signature.

The Belgium international scored twice in the FA Cup for the Villains last season as Sherwood’s side reached the final before a 4-0 loss to Arsenal.