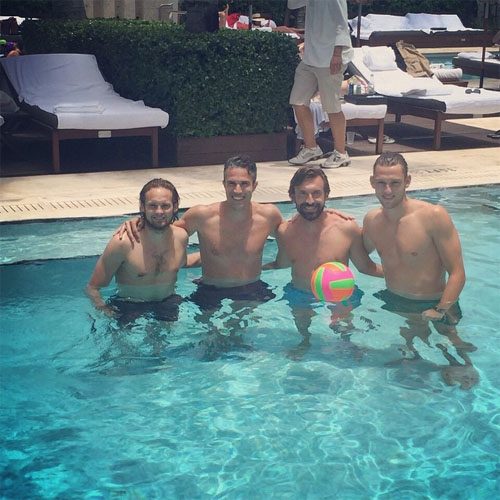 The United midfielder has been enjoying some much-needed down time over the past couple of weeks after the Netherlands were 2-0 winners against Latvia in their most recent Euro 2016 qualifier.

Blind and Van Persie have presumably become good friends after the 25-year-old midfielder moved to the 20-time English champions from Eredivisie side Ajax in a £16m deal last summer.

And the Red Devils star befriended Italy and Juventus legend Pirlo on Friday after what appears to have been an impromptu game of water polo.

Blind wrote: “Great to meet The Legend Pirlo with these lads @robinvanpersie and @stefandevrij3”

Blind was a key part of Van Gaal’s United side following his summer transfer to Old Trafford from Ajax last year.