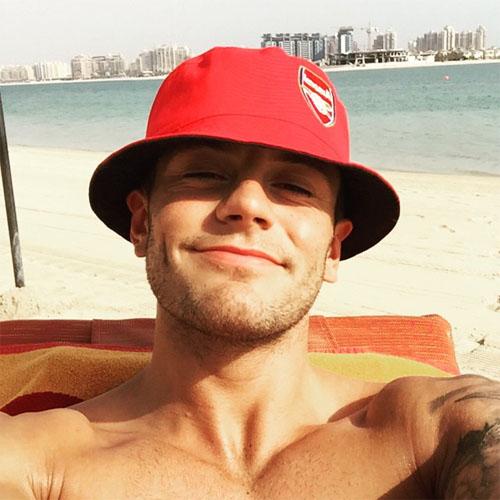 Jack Wilshere has underlined his continued commitment to Arsenal during the Manchester City target’s summer holiday.

The Gunners midfielder has emerged as a target for the Citizens in recent weeks after an injury-hit campaign at Emirates Stadium.

And the 23-year-old playmaker appeared keen to drop a subtle hint about his future in his latest Instagram post on Monday afternoon.

The Arsenal midfielder scored two goals and made one assist in 14 Premier League games for the Gunners this season.

England international Wilshere won back-to-back FA Cup crowns in May after a 4-0 victory over Aston Villa at Wembley.

Wilshere has netted 12 times in 155 appearances in all competitions for the north London side following his debut in 2009.