Photo: Jose Enrique hangs out with one of Liverpool’s worst signings 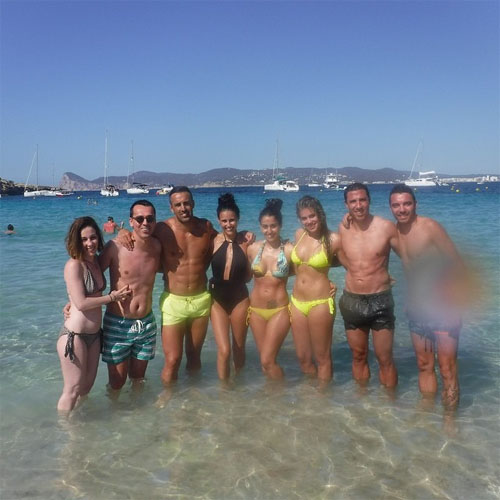 Most Liverpool supporters will be glad to see the back of Iago Aspas, but Reds defender Jose Enrique isn’t ready to severe ties with the striker quite yet.

The uncapped Spanish forward goes down as one of Brendan Rodgers’s worst buys since he took over at Anfield in 2012, a list which includes the likes of Mario Balotelli and Luis Alberto.

Fortunately for both club and player, 27-year-old Aspas sealed a permanent switch back to Celta Vigo earlier this week, penning a five-year deal with the La Liga side.

But Liverpool defender Enrique, who missed most of last season due to injury, posed for a snap in the sea with Aspas and a group of friends on Sunday afternoon.

Aspas scored one goal in 15 appearances for the Merseyside outfit in all competitions in the 2013/14 campaign.

The Celta star joined Sevilla on loan at the start of last season and he scored 10 goals in 19 games.