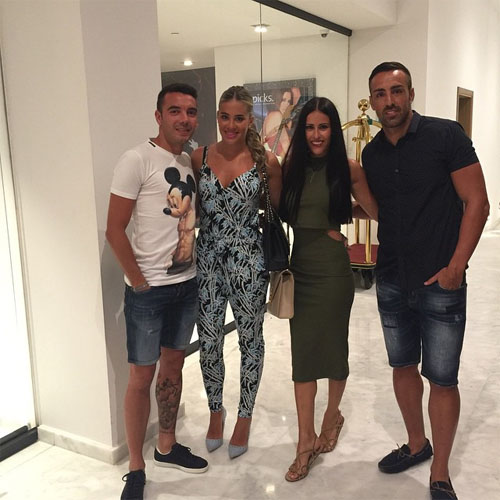 The Spanish players appear to have forged a close friendship despite Aspas lasting just one season at Anfield before he was ferried out on loan to Sevilla last term.

Aspas managed to score just one goal in 20 appearances in all competitions following his reported £7m move to Liverpool from Celta Vigo in 2013.

The Reds agreed a deal to sell Aspas back to the La Liga outfit earlier this month, and Enrique enjoyed dinner with the forward, who was aptly wearing a Mickey Mouse t-shirt.

The Celta star joined Sevilla on loan at the start of last season and he scored 10 goals in 19 games.

Aspas ranks alongside the likes of Mario Balotelli and Luis Alberto as the worst signing of Brendan Rodgers’s reign at Anfield so far.

Photo: Liverpool defender Emre Can hangs out with Chelsea legend