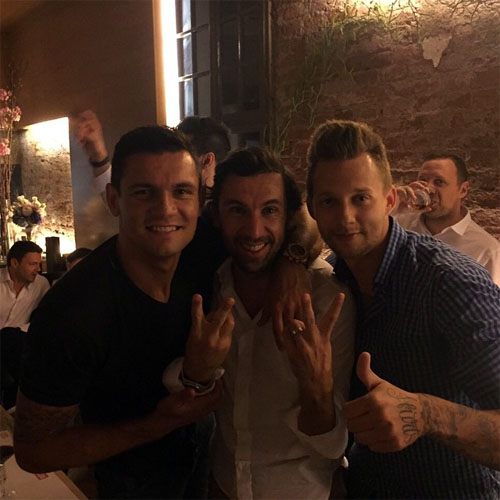 The Croatia captain was regularly linked with a move to the Premier League over the past couple of years amid reported interest from Chelsea, Liverpool and Manchester United.

However, the 33-year-old remained loyal to Shakhtar Donetsk after having won a staggering eight Ukrainian Premier League titles and their domestic cup five times.

And Liverpool centre-half Lovren was quick to celebrate with Srna on his Instagram page after some apparent good news for the veteran right-back.

The Croatia defender moved to Liverpool from Southampton in a £25m deal last summer.

However, Lovren struggled to make a positive impact at the Merseyside outfit and was soon relegated to the bench.

The 26-year-olde centre-half still made 38 appearances in all competitions including the Premier League, Champions League, Europa League, FA Cup and League Cup.