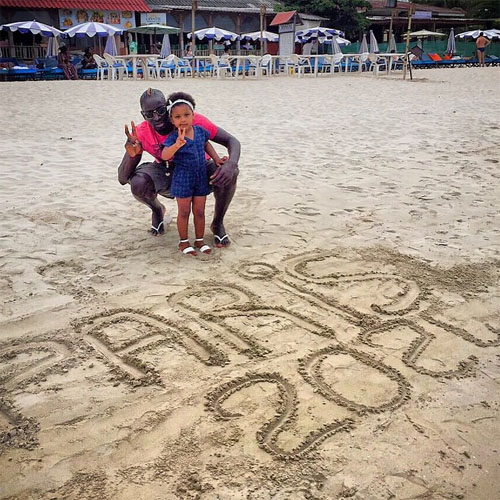 Mamadou Sakho has put his footballing weight behind Paris’s bid to host the Olympic Games in 2024.

The French capital hasn’t hosted the Games in over half a century after it missed out to London in the fierce battle to host the Olympics in 2012.

And the England centurion’s former PSG team-mate Sakho followed in the footsteps of Beckham with a small but significant gesture.

Sakho, who is currently in Senegal, etched a special message into the sand on a beach and wrote the following caption for his snap on Instagram:

“Even at the other end of the world, I always support #Paris # Paris2024 #Candidature #JO”

The International Olympic Committee will announce the candidate cities that have made it to the shortlist in 2016, before the vote of the host city in summer 2017.

More: Sakho relaxes with his family in Senegal

Sakho left Paris in 2013 after Liverpool agreed a £16m deal to sign the powerful France international from his boyhood club PSG.