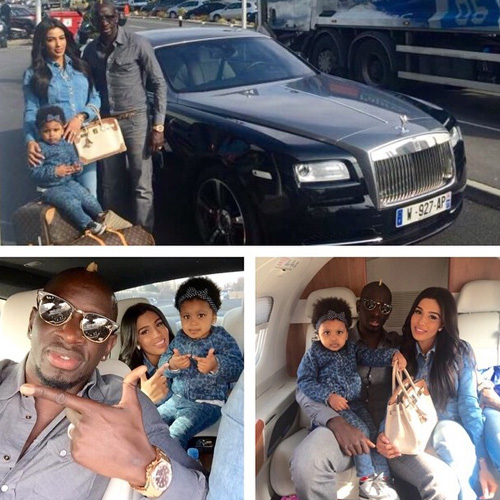 Mamadou Sakho is making the most of his adventure in Senegal after the Liverpool defender posted a number of photos from his trip in Africa.

The France international has been doing charity work with his foundation in the African country over the past week following international duty.

Sakho was born in Paris but his parents are Senegalese, and the former Paris Saint-Germain defender clearly feels strong ties to the country.

The Liverpool defender was dedicating himself to family time with his partner, Mazda Magui, and his young daughter Aida, in Senegal on Wednesday.

Sakho posted the above montage of photos and wrote: “After a week in Senegal # charity for www.amsak.net , up to a few days with family management Koh Samui”

The Reds defender, meanwhile, returned from an absence to help Liverpool go on a 13-game unbeaten run in the Premier League before a 2-1 defeat by Manchester United in March.

Sakho has made 26 appearances for Liverpool in all competitions this term despite a number of injury problems throughout the campaign.

How Carling will help Liverpool fans get over Raheem Sterling exit