Photo: Liverpool defender shows his softer side with couple snap 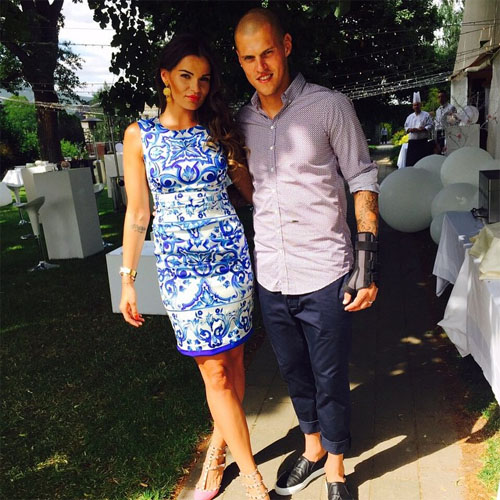 Martin Skrtel may have a reputation as a hardnosed Premier League defender, but the Liverpool man is seemingly a bit of a softie off the pitch.

The Slovakia international was one of the more consistent performers in Brendan Rodgers’s squad last season in a largely disappointing campaign for the Reds.

Skrtel has reaffirmed his commitment to Liverpool with a contract extension last weeks after speculation suggested the former Zenit St Petersburg man could leave Anfield this summer.

And the Liverpool centre-half looked blissfully happy as he posed alongside his wife of three years, Barbora, on Friday for a photo which he posted on Instagram.

Skrtel, who joined Liverpool from Zenit St Petersburg in 2007, has scored one goal in 30 Premier League appearances this season, racking up 2,700 top-flight minutes.