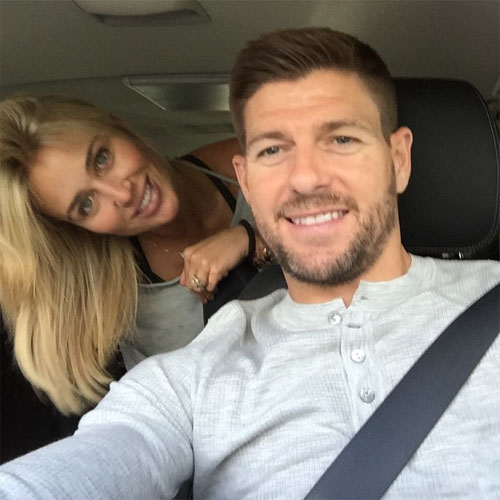 Steven Gerrard and his wife Alex are relishing their adventure in the United States judging by the Liverpool legend’s selfie on Friday evening.

The former England international is set to link up with his new LA Galaxy team-mates in Major League Soccer this summer after the 35-year-old played his final game for the Merseyside outfit in May.

Gerrard played his last game for his boyhood club in May after the Reds suffered a humiliating 6-1 defeat by Stoke City at Britannia Stadium.

And the departing Reds midfielder was all smiles with his wife Alex as the LA Galaxy-bound man uploaded a selfie on his Instagram page.

Gerrard wrote the following caption on his photo-sharing app: “London bound with @alex_gerrard8 #newchallenge see ya all real soon ….”

The Liverpool icon is set to link up with Major League Soccer outfit LA Galaxy this summer after having called time on his Anfield career at the end of the season.