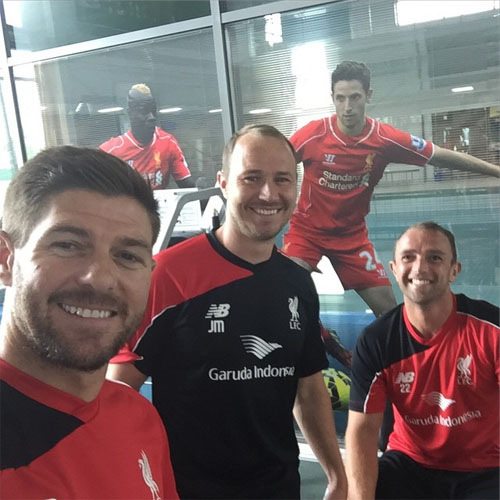 Steven Gerrard isn’t underestimating the quality of Major League Soccer after the departing Liverpool captain hit the gym ahead of his move to LA Galaxy.

The 35-year-old played his last game for his boyhood club in May after the Reds suffered a humiliating 6-1 defeat by Stoke City at Britannia Stadium.

Gerrard was keeping fit during a recent holiday in Ibiza after Cardiff City winger Craig Noone posed for a snap with Gerrard outside a local gym in Spain.

The former England international appears to maintaining his work ethic back in Liverpool after he snapped some members of the club’s medical staff at Melwood training ground.

The Liverpool icon is set to link up with Major League Soccer outfit LA Galaxy this summer after having called time on his Anfield career at the end of the season.

Harry Redknapp: Who Arsenal need to sign this summer