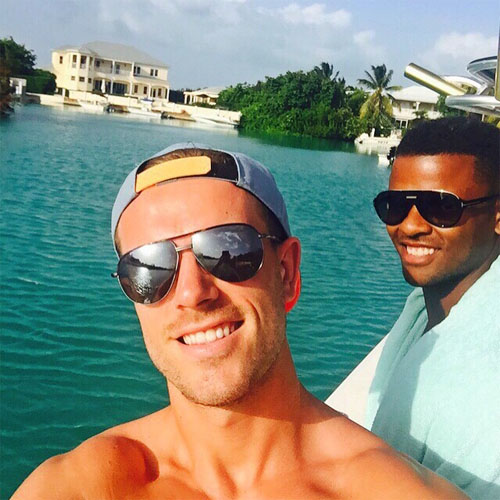 Jordan Henderson is making the most of his summer break after the Liverpool midfielder snapped a selfie with his travel buddy Fraizer Campbell.

The England international has been keeping his Instagram followers regularly updated with photos from his summer holiday.

The Liverpool midfielder was ever-present in Brendan Rodgers’s first-team last season after he was made the club’s new vice-captain last September.

And Henderson snapped a selfie with his former Sunderland team-mate Campbell, who is currently playing for Crystal Palace.

Earlier this week, the 25-year-old was working out with Palace striker Campbell as the Liverpool man looked to keep his fitness ticking over ahead of pre-season.

Henderson wrote the following caption on his Instagram page: “@fraizercampbell putting me through my paces” 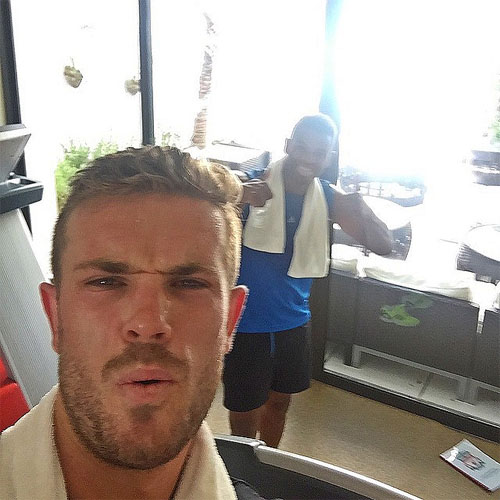 Henderson and Campbell at the gym Photo: Photo: Jordan Henderson/Instagram

Photo: Watch Gerrard get behind Henderson’s bid to be on Fifa 2016