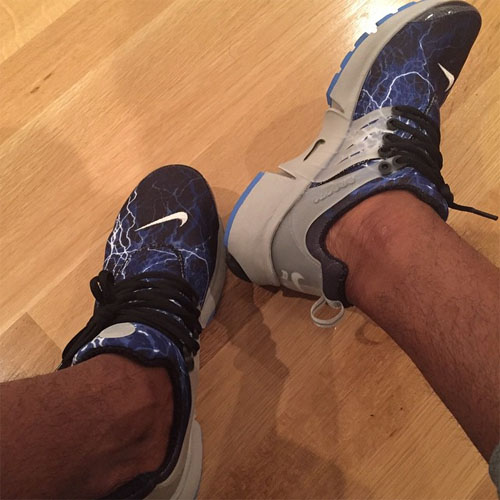 Daniel Sturridge hasn’t had much to go nuts about in recent months following his latest injury setback.

The Liverpool striker’s already injured-plagued season was cut short after the England international was forced to undergo an operation on a troublesome hip problem.

The 25-year-old, who managed to catch game five of the NBA Finals in Cleveland, Ohio on Tuesday night, has been working on his rehabilitation stateside.

So the Reds star needed no second invitation to get excited about his new Nike trainers, uploading a snap of his latest pair of shoes on his Instagram page.

Sturridge wrote: “Shoes for the day. #nikepresto Releasing this weekend. They are nutttssss”

The 25-year-old Liverpool forward went under the knife at the start of May as he bids to be fit in time for next season.