Jordan Henderson is making the most of his summer holidays... 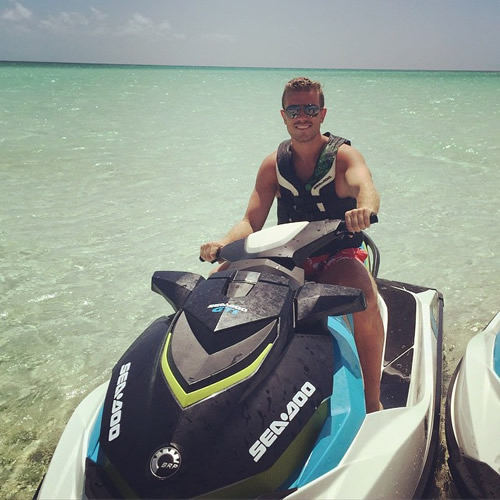 Jordan Henderson appears to be making the most of his summer holidays as he continues to enjoy his break on the Turks and Caicos Islands.

The England international is on holiday with Crystal Palace striker Fraizer Campbell, who he used to play alongside at Sunderland before his transfer to Anfield.

And Henderson is clearly enjoying his break, as he posted a picture of himself all smiles on a jet ski on his Instagram account on Saturday and wrote: “Great day on the jet skis 👊☀️”

The England man was one of the Merseyside outfit’s more consistent performers this season, racking up over 3,000 minutes of Premier League action for the Anfield side.