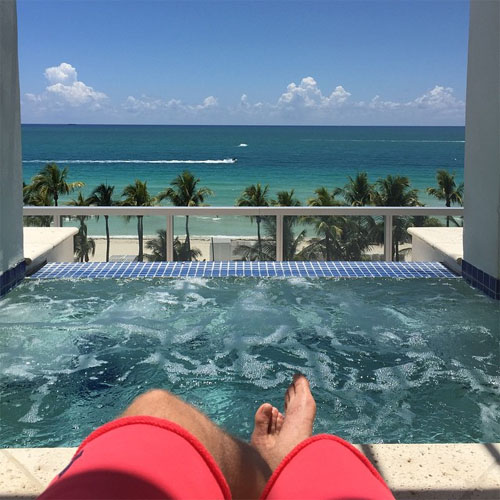 Jordan Henderson posted a sunny snap from his summer holiday as the Liverpool midfielder enjoyed a well-earned break.

Henderson was named vice-captain at the start of the 2014/15 campaign but he could be set to embrace even more responsibility following Steven Gerrard’s exit.

But the England international was putting football thoughts temporarily behind him as the Liverpool midfielder gave his Instagram followers an insight into his view on holiday.

Henderson posted the following emoticon on his Instagram page: “👌”

The former Sunderland midfielder added a second photo, indicating that the weather in his current location must be sizzling.

The England man was been one of the Merseyside outfit’s more consistent performers this season, racking up over 3,000 minutes of Premier League action.