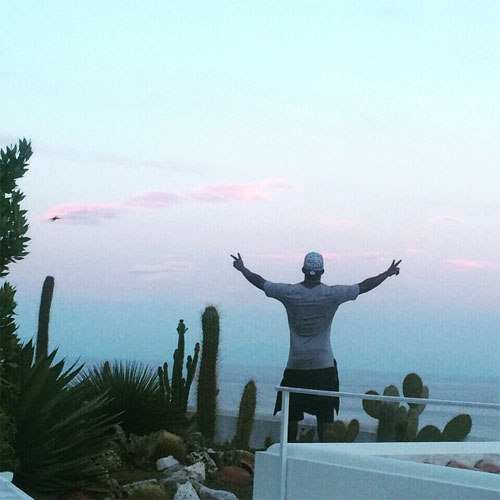 Mario Balotelli appeared in a calm and reflective mood on Saturday night after the Liverpool striker uploaded a snap from his holiday.

The Italy international’s future at the Merseyside club could be in doubt beyond the summer after Liverpool snapped up Roberto Firmino last week.

The Brazilian forward move to Anfield in a £33m deal from Bundesliga outfit Hoffenheim which pushes Balotelli further down the pecking order at the five-time European champions.

However, the 24-year-old didn’t appear to be losing any sleep or holding any grudges judging by his peaceful post on the photo-sharing app on Saturday night.

Balotelli posted the above snap and wrote: “PEACE.”

The former Manchester City striker move to Liverpool in a £16m deal from Serie A giants AC Milan last summer.