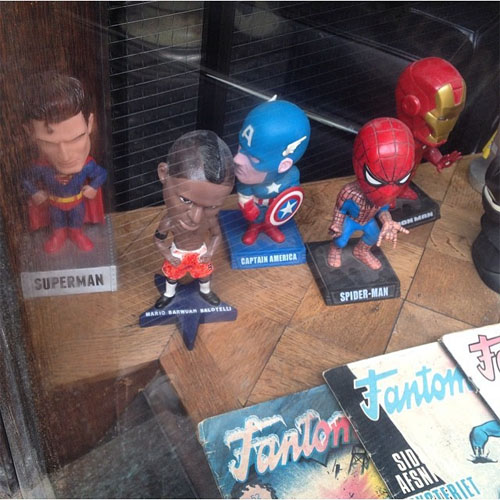 Mario Balotelli took to Instagram to marvel at his new-found superhero status on Monday afternoon.

The Liverpool striker is facing an uncertain future at Anfield after a disappointing debut campaign at the Merseyside outfit.

The Reds forward slipped further down the pecking order at the five-time European champions following the £29m capture of Roberto Firmino last week.

However, Balotelli’s ego doesn’t appear to have taken too much of a hit after he posted a photo of a ‘Super Mario’ figurine which featured alongside Superman, Spider-man and Captain America.

Balotelli posted the above snap and wrote on the photo-sharing app: “Lol I want them!!!”

The Liverpool striker, who was recently linked with a move to Sampdoria managed to net four times in 26 appearances in all competitions over the course of the 2014/15 campaign.