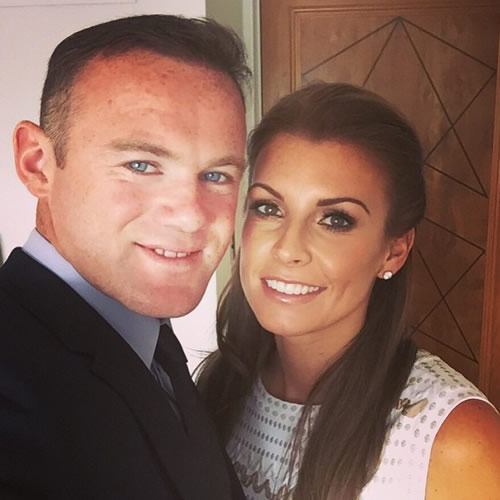 Wayne Rooney took to social media to share a picture of himself with his wife Coleen as the Manchester United captain looks forward to a break with his partner.

The England international was pictured at Tom Cleverley’s wedding earlier this week after enjoying a holiday in the Bahamas with his family at the end of the Premier League season.

Rooney is now looking forward to jetting off once again as he continues to enjoy his summer holidays ahead of the new Premier League season.

He shared the photo above on his Instagram account on Thursday afternoon and wrote: “Looking forward to getting away with @coleen_rooney this week.”