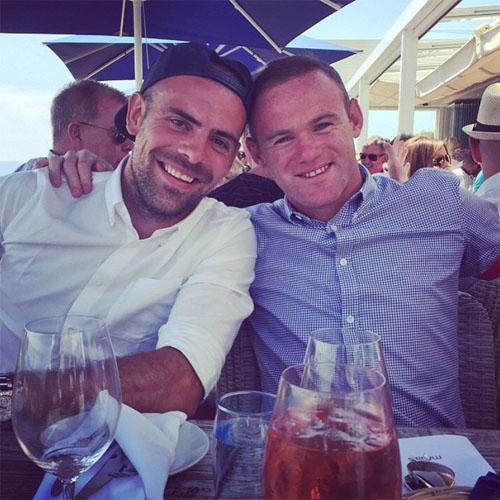 Wayne Rooney reflected on a great weekend on Monday morning as the Manchester United captain posted a photo with his former team-mate Darron Gibson.

The England international appeared to enjoy himself somewhere with a sunny clime as he relaxed following the end of the 2014/15 season with club and country.

And Rooney posed with Everton and Republic of Ireland midfielder Gibson for a snap which the United striker uploaded to his Instagram page.

Rooney posted: “What a weekend!”

Gibson and Rooney were team-mates at Old Trafford for over six years before the Irishman moved to the Toffees in 2012.

Rooney wrote: “With the lads at Tom’s wedding yesterday. Congratulations and thanks for a brilliant day”