Photo: Man United defender poses for a snap with his girlfriend at Colca Canyon 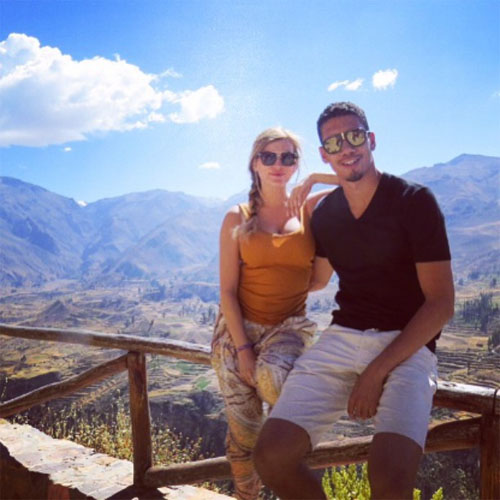 Chris Smalling kept his Instagram followers updated on his trip in Peru with an impressive snap of Colca Canyon on Friday night.

The England international has made the long journey to South American with his photographer girlfriend Samantha Cooke after having helped the Three Lions ease to a 3-2 victory over Slovenia earlier this month.

The United centre-half was one of the more consistent defenders in Louis van Gaal’s side after Smalling helped the Red Devils secure fourth place and seal a return to the Champions League.

And Smalling was clearly loving life as he posed for a snap with his partner with a breathtaking view of Colca Canyon.

The former Fulham man had earlier posted a snap of his view in Peru on Friday.

Gianfranco Zola: Why Arsenal can challenge Chelsea next season