Photo: Man United man enjoys the Seychelles with his girlfriend 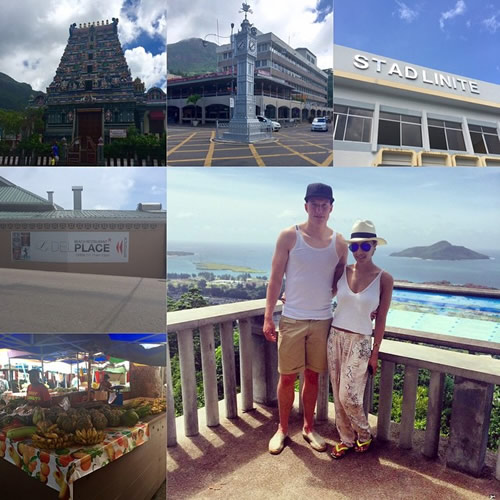 Phil Jones became the latest Manchester United player to take to social media to share some pictures from his summer holidays as he enjoyed some downtime after a gruelling Premier League season.

The Manchester United defender has been unwinding with his girlfriend Kaya Hall in the Seychelles after helping Louis van Gaal’s side wrap up a fourth-placed finish in the Premier League.

Jones posted the series of pictures above on his Instagram account on Saturday afternoon and wrote: “Great day touring around the Seychelles today! Big Thanks to Joubert for showing us around!”

The 23-year-old defender made 22 Premier League appearances for the Red Devils during Van Gaal’s first season in charge at Old Trafford.

The likes of Wayne Rooney and Chris Smalling have also been active on social media in recent days to share pictures from their holidays for their followers to see.

Rooney enjoyed a trip to the Bahamas with his family, while Smalling was snapped enjoying a break in Barbados earlier this month.

Photo: John Arne Riise thanks Liverpool for the memories