Daley Blind has been enjoying some well-earned downtime away from football in the last few days... 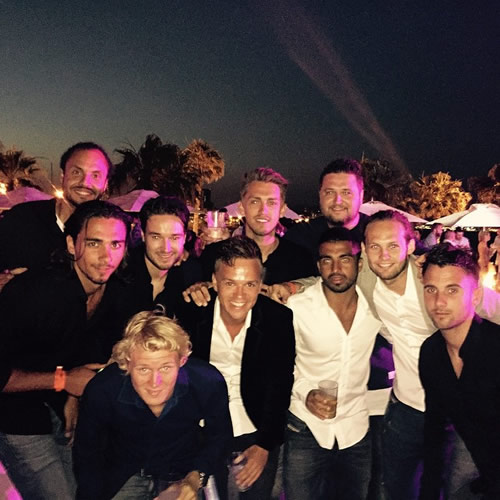 Daley Blind took to social media on Monday to post a picture of himself with a group of his friends as the Manchester United man enjoys some well-earned downtime.

The Netherlands international was a regular fixture in the Red Devils’ first team following his summer transfer to United from Ajax last year.

Blind scored two goals and made two assists in 25 Premier League games for the Red Devils during his debut campaign in England.

And the midfielder is clearly having a good time as he enjoys himself away from football during the off season, as he posted the picture above on his Instagram account on Monday afternoon.

Manchester United will begin their Champions League campaign next season with a two-legged play-off clash in August as they look to join Chelsea, Manchester City and Arsenal in the group stage.