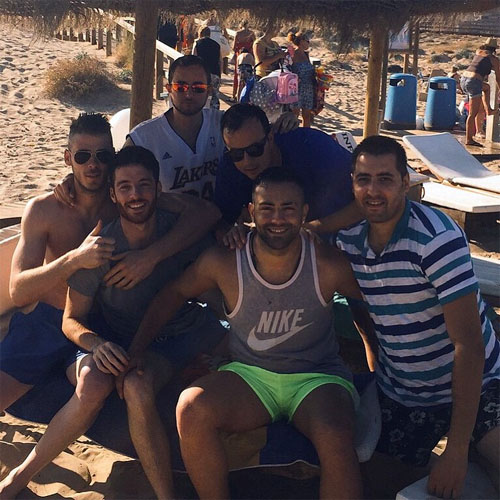 David De Gea temporarily forgot about the speculation surrounding his Manchester United future as the Real Madrid target holidayed with friends on Saturday.

The 24-year-old has been the subject of intense speculation throughout the season amid reports Los Blancos want to sign the United goalkeeper in a reported £20m deal.

The Red Devils are believed to be holding out for a £25m offer from Madrid after De Gea failed to agree a contract extension with the 13-time Premier League winners.

But United’s player of the year wasn’t concerning himself with the rumour mill as the Spanish shot stopper posed for a snap with his friends on a sandy beach on Saturday afternoon.

The Spanish shot stopper moved to the Red Devils from Atletico Madrid in 2011.