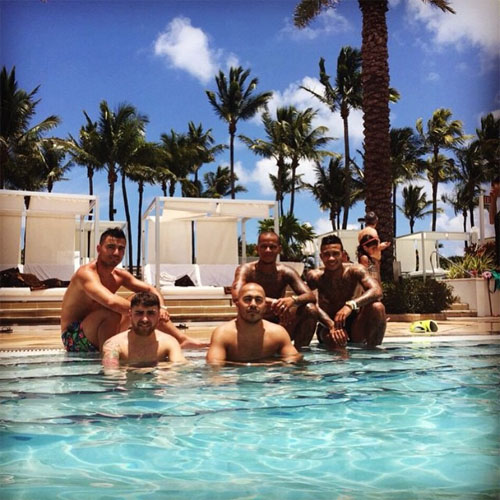 Memphis Depay is making the most of his summer break before the hard work starts at Manchester United in pre-season.

The Netherlands international is set to link up with his new team-mates in July after the Red Devils agreed a £25m deal to sign the PSV Eindhoven forward in April.

Depay has been spending time with Everton striker Romelu Lukaku and United target Paul Pogba over the past couple of the days as the trio relax during the off-season.

And the United winger, who was linked with a move to Liverpool before United sealed a big-money deal, uploaded an Instagram snap poolside of his relaxing Sunday afternoon.

The United signing played under the current Red Devils boss with the Dutch side at last summer’s World Cup in Brazil.