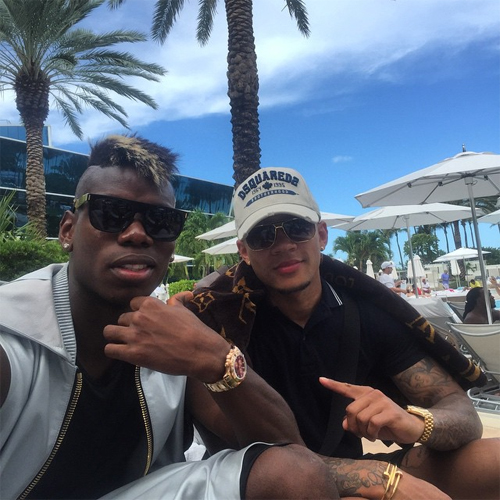 United manager Louis van Gaal is expected to dip into the summer transfer market again amid reports the Dutch coach is lining up a move for Juventus star Pogba.

And Depay, who was also wanted by Liverpool and Paris Saint-Germain, posted a rather smug-looking photo with the Red Devils target on the photo-sharing app.

United supporters will be hoping that Depay attempted to sell Pogba on a return to Old Trafford under the management of Van Gaal.

The France international opted not to sign a new Red Devils deal and move to Juventus from United in a £800,000 switch in 2012.

Pogba made just seven appearances in all competitions for the 13-time Premier League champions during his two-year stay.