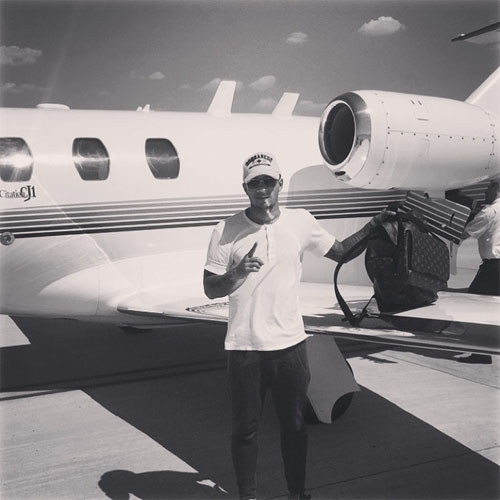 Memphis Depay has waved goodbye to Los Angeles after a fun-filled week or so in the American city.

The Manchester United signing has been spending time in LA with Everton striker Romelu Lukaku and Juventus midfielder Paul Pogba.

The Netherlands international is set to link up with his new United team-mates in coming weeks after he agreed a £25m move to Old Trafford.

And the 21-year-old forward kept his ever-increasing Instagram followers updated on his summer holidays with a post on Thursday evening.

The Dutch forward is set to become a Red Devils player on 1 July after United agreed a £25m deal with PSV Eindhoven for the Netherlands international in April.

The United signing previously played under Red Devils manager Louis van Gaal in the Dutch set-up and he was part of the 63-year-old’s World Cup squad last summer.