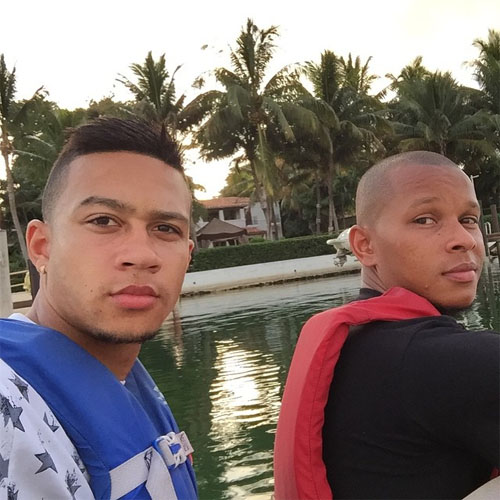 Memphis Depay is making the most of his summer holidays ahead of a tough pre-season at Manchester United next month.

Depay, who helped PSV win the Eredivisie title last season, has been hanging out with Everton striker Romelu Lukaku and Juventus midfielder Paul Pogba over the past week.

And the 21-year-old forward was soaking up the scenery on his summer break as the United winger snapped a photo with his pal as the pair spent time on the water.

Depay posted the above photo and included a couple of cheeky pineapple emoticons in the caption, highlighting his good mood.