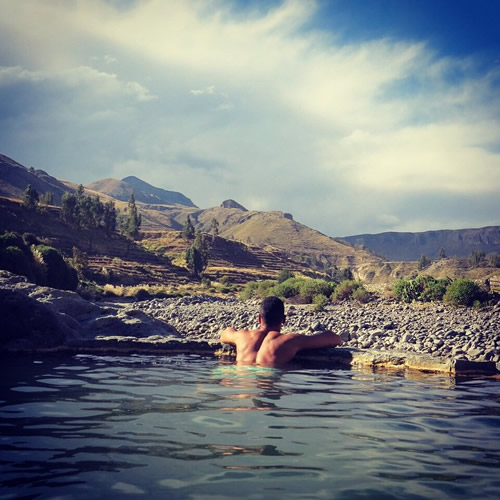 Chris Smalling certainly appears to be enjoying some well-earned downtime this summer, as the Manchester United defender unwinds with his girlfriend in Peru.

The United centre-half is recovering from the 2014-15 season after helping the Red Devils wrap up a fourth-placed finish in Louis van Gaal’s first season in charge at Old Trafford.

Smalling is on holiday once again with girlfriend Samantha Cooke after having helped England ease to a 3-2 victory over Slovenia earlier this month.

And the defender certainly looks to be fully relaxed, if his latest Instagram post is anything to go by.

Smalling shared the picture above of himself relaxing in some of Peru’s hot springs and wrote: “#hotsprings #peru”

The 25-year-old defender scored four goals in 29 appearances in all competitions last season.

Smalling has played 148 games in all competitions for the Red Devils since his move from Fulham in 2010.

The England international was part of two of United’s title-winning squads under Sir Alex Ferguson following his move to the Manchester club from Fulham in 2010.