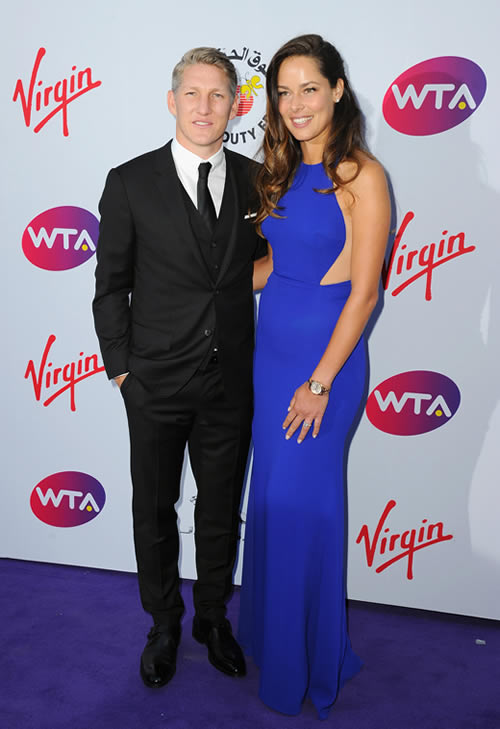 Bastian Schweinsteiger was all smiles as he posed for some pictures with his girlfriend Ana Ivanovic on the red carpet at the WTA pre-Wimbledon party in London on Thursday evening.

The Germany international, who has been heavily linked with a transfer to Old Trafford in recent days, is in the capital to support his partner as she gears up for Wimbledon, which gets under way on Wednesday.

Bayern Munich legend Schweinsteiger is thought to be the subject of a bid from United as Louis van Gaal looks to bolster his Red Devils squad ahead of his second season in charge at Old Trafford.

And the fact that the midfielder is in the UK as he continues to be linked with United will have done little to quell the speculation surrounding his future.

The Germany midfielder has scored 67 goals in 500 appearances in all competitions for the Bundesliga champions.

Earlier this week, the midfielder was snapped at Wimbledon as Ivanovic practised at SW19.

Photo: Liverpool defender shows his softer side with couple snap