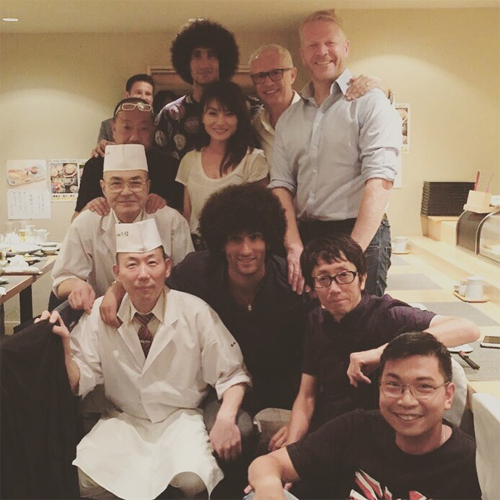 Marouane Fellaini got stuck into some Japanese sushi just hours after arriving in the Asian country on Monday.

The Belgium international is currently doing work for his sponsor, New Balance, after the United midfielder jetted off to Japan on Sunday evening.

Fellaini has seen his popularity soar with United supporters over the past six months after he initially made a difficult start to his United career.

And the towering Red Devils midfielder posed with some chefs and his brother for an Instagram snap.

Fellaini wrote: “Here i am with my new balance team in japan eating sushi @NBFootball_JP”

The Belgium international has become an important part of the United team in recent months and has racked up just under 2,000 minutes of first-team action in the Premier League this term.