Memphis Depay is turning his attentions to Manchester United after his summer holiday... 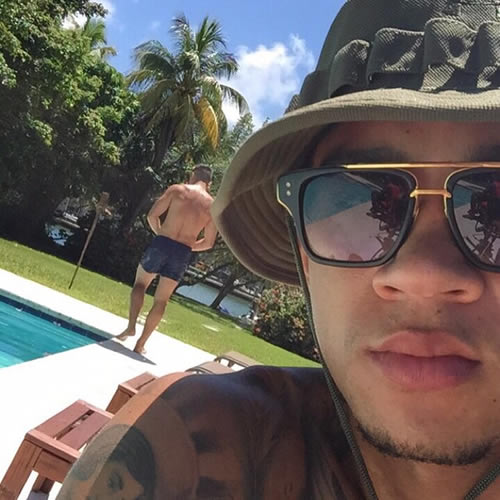 Memphis Depay is already looking to make an impression at Manchester United as he prepares to head to his new club to join up with his team-mates.

The Netherlands international has been enjoying a well-earned summer break after helping PSV Eindhoven win the Dutch title last season but now appears ready to return to work at his new club.

Depay posted the picture above on his Instagram account on Monday afternoon as he signed off from his holiday and wrote: “Had an amazing holiday. Now focus, and off to Manchester.”

Depay is set to become a Red Devils player on 1 July after United agreed a £25m deal with PSV for the Netherlands international back in May.

He was instrumental in PSV ending Ajax’s hold on the Eredivisie crown after the 21-year-old winger scored 22 goals and made eight assists in 28 top-flight games.

He previously played under Red Devils manager Louis van Gaal in the Dutch set-up and was part of the 63-year-old’s World Cup squad last summer.